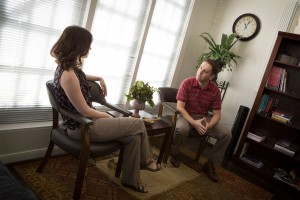 I was struggling for a long time with upsetting thoughts that kept coming back in my mind until I finally reached a point where I decided to have the help of a clinical psychologist. I was diagnosed with OCD and finally learned the name to my endless struggle. At times, these thoughts were pretty manageable; at other times, these thoughts completely took over all aspects of my life.   Importantly, I hope that writing this will help some of you understand how I managed to take back control of my life by undergoing Cognitive Behavioral Therapy using an Exposure and Ritual Prevention (ERP) approach.

When my problems were at their worst, I became overwhelmed and almost paralyzed by what my mind was doing to me. I struggled a lot with disturbing violent and sexual thoughts that kept recurring. Pretty soon I became terribly afraid to be in the same room with other people due to fears that I would somehow hurt them.  I knew I needed to go to a residential treatment program to get help. At that time, I had little experience with ERP, but knew that it was the best treatment for OCD. At its core, ERP seems pretty simple. The sufferer has to identify the thoughts, memories, sensations, and situations that make him or her anxious, before repeatedly facing these things until they no longer produce anxiety. This process is known in treatment as habituation and it’s one of the main goals of ERP.

I started ERP by identifying and creating a hierarchy of my intrusive thoughts from least to most scary. I then began gradually facing them in whatever creative ways I could come up with. Whether it was sitting with my thoughts for long periods of time, or writing them down or putting myself in situations that made me very uncomfortable, I allowed my thoughts to make me as anxious as possible. And, soon enough, I began to get less anxious to each thought.

However, my mind was relentless. Whenever I started to feel more comfortable with a thought or situation, my mind would race and find something new to make me anxious about. I was aware that this pattern is what got me into residential treatment in the first place and was afraid that ERP was not going to work. But as time went on I started to realize something. I realized that I was not going to overcome my OCD by becoming comfortable with specific thoughts. I was only going to get better if I could learn to be comfortable with feeling very anxious in general. I began to see that I was not only struggling with OCD, but that I had a habit of reacting to the world around me in a very fearful way. And so as I continued to do ERP, I allowed my mind to wander and embrace everything that could make me anxious.

As I did this, I became aware of the incredible complexity of my OCD. I realized how many different ways anxiety can express itself and how my emotions and body could react slightly different every time. It was as if I was learning the blueprint of myself and how to respond to my thoughts and my world around me for the first time. And the better I got at feeling comfortable with the complex way I responded anxiously to my environment, the less anxious I became.

It has been two years since I left the treatment program. My intrusive thoughts still come and go. They fluctuate in intensity and never fail in their complexity. But I did it. Through ERP I developed the ability to cope with my OCD so that I am no longer at its mercy. I’ve developed the ability to keep my OCD in check, and I now have the freedom to live a life that is much more worth living.