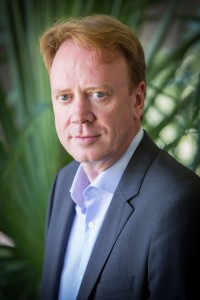 is a licensed psychologist in the state of Texas with extensive experience in treating depression and anxiety disorders, particularly Obsessive Compulsive Disorder. He developed and directed the nationally recognized Menninger Clinic OCD Treatment Program in its entire time of operation, from September of 2000 to December of 2008. He was initially assistant professor and then associate professor at the Department of Psychiatry, Baylor College of Medicine while the Menninger OCD Treatment Program was in Houston. He received his BA from the University of Iceland and his PhD in Clinical Psychology from Queen’s University in Kingston, Ontario, Canada. He completed his Cognitive Behavior Therapy Internship at McLean Hospital/Harvard Medical School and a Behavior Therapy Fellowship at the OCD Institute, Massachusetts General Hospital/Harvard Medical School. At the Menninger Clinic, Dr. Björgvinsson developed and launched a comprehensive residential treatment program for both adults and adolescents that provided empirically validated treatments to patients with severe Obsessive-Compulsive Disorder and other anxiety disorders. He has given several lectures and conducted workshops nationally and internationally focusing on evidence-based treatments for anxiety disorders and depression.